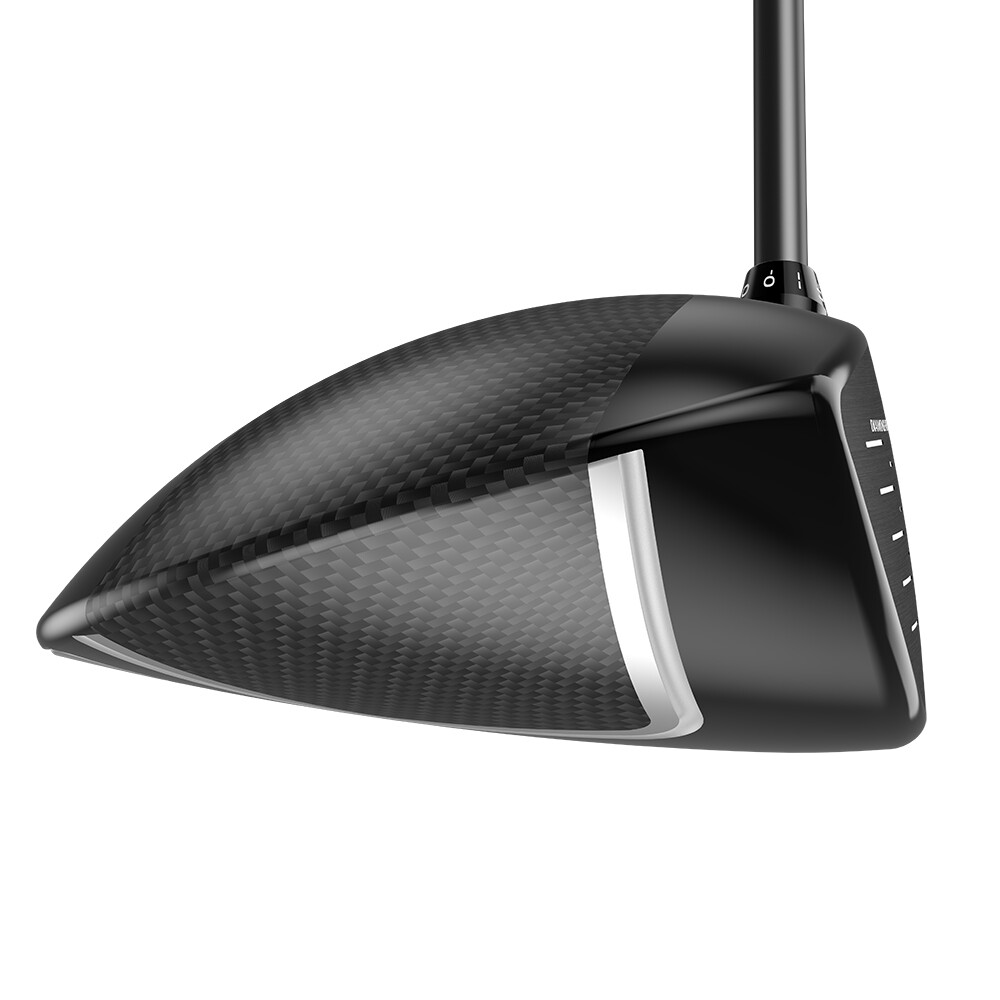 This ultra-premium driver is designed to have a perfected CG (Center of Gravity) location and extreme M.O.I. (Moment of Inertia) properties with the intent on making this Tour Edge’s most advanced driver ever produced.

This is being led by innovation breakthroughs by Tour Edge, most notably the new Diamond Face 2.0™ and the Ridgeback™ support system that provides the ultimate in power and feel.

Ridgeback Technology – Ridgeback Tech is a power producer. The Ridgeback spine within the Carbon Fiber crown acts as a brace to produce more power on center hit and allows for greater face flex in the heel and toe, meaning off-center hits achieve greater power and ball speed.

The extra rigidity created by the brace produces a much stronger feel at impact and results in a crisper and brighter feel at strike.

Carbon Wings – Tour Edge engineers designed Ridgeback to replace extra Titanium from the crown and sole with wrap-around Carbon Wings, which saves considerable weight and leads to an optimal low-rearward CG position that produces an extremely high M.O.I. to increase stability at impact.

Diamond Face 2.0 Technology – 43 different diamond shapes of variable face thickness behind the face act as mini-trampolines to create faster ball speeds and expand the sweet spot to outer areas of the face.

Adjustable Rear Backweight – A 10-gram adjustable back weight is at the extreme rear of the clubhead to help position the perfected CG and to optimize the M.O.I. properties of the C721 clubhead.